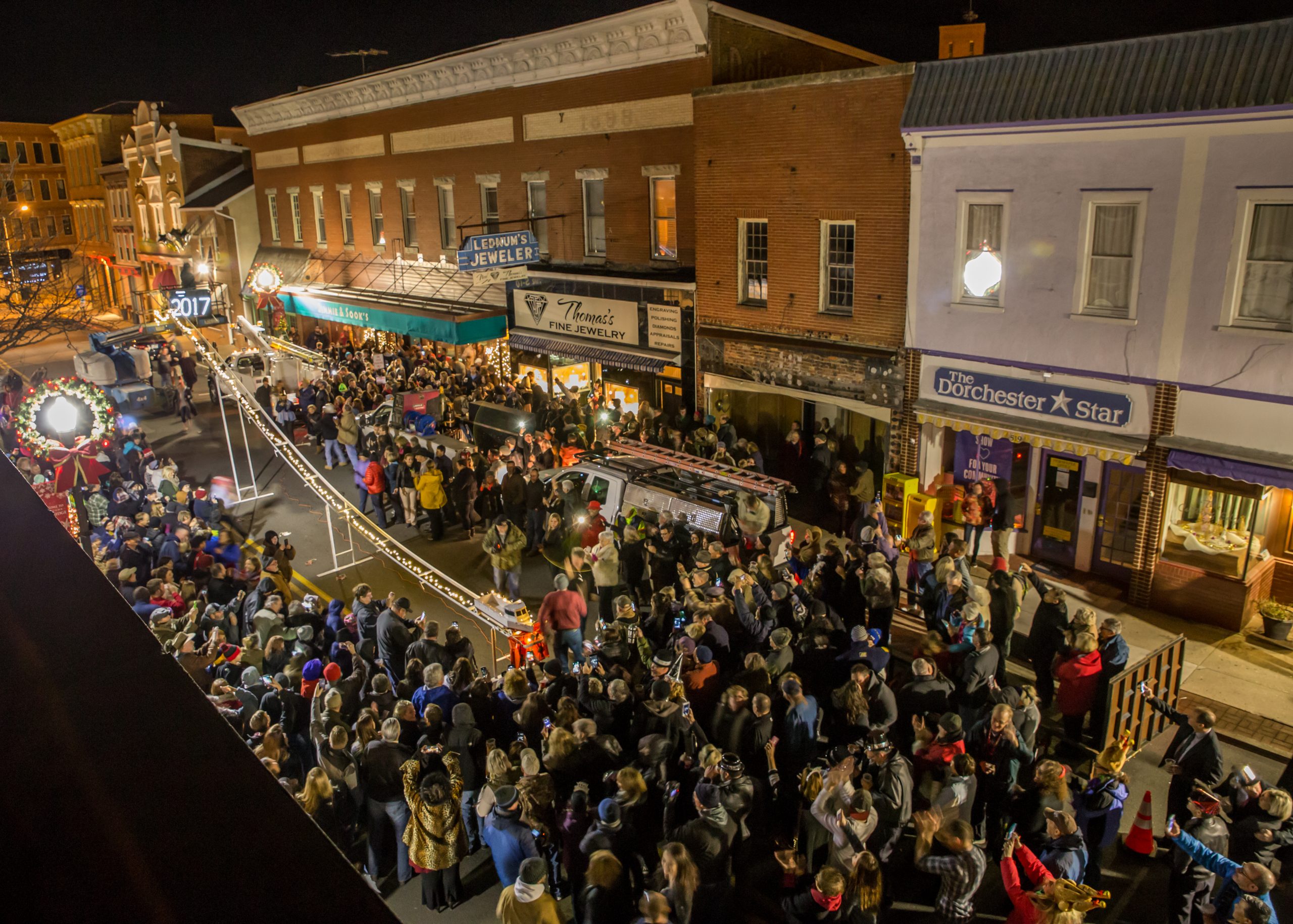 New York City has its ball drop. Easton has its crab drop. And now, in its fourth year, Cambridge has its own New Year’s Eve drop — featuring a workboat. The New Year’s Eve Boat Drop will feature a replica of a trot-lining deadrise — a traditional waterman’s workboat — launched down more than 60 feet of track at midnight on Dec. 31. This year the event has been moved from Poplar Street to Gay Street next to the crab basket Christmas tree. Kids and “early risers” can experience the drop at 8PM while revelers will experience the traditional midnight countdown.

The boat, named in a competition in 2016 the “Groove City Lady”, is about 4 feet long and will be traveling at about 14 miles an hour when it hits bottom. As it’s coming down it will knock crabs off the line, which will be the “trot-lining” aspect. The boat travels on 60 feet of track, which will take 10 seconds or less to complete. “We wanted something different and relevant for the Eastern Shore, and in particular Dorchester County, and this is what we came up with,” said Cambridge native Brian Roche, who came up with the idea with Rob Kramer, a welder in Hurlock, and Scott Schilling, owner of Bay Country Communications.  The idea behind the boat drop, Roche said, is not only to encourage people to come to downtown Cambridge and patronize the local businesses on New Year’s Eve (most of the restaurants will be open late), but also to bring the community together to celebrate.

Gay Street, next to the crab basket Christmas tree will be closed starting at 7:30 pm on New Year’s Eve. People are welcome to watch as the 60 feet of track is constructed the day before, Monday December 30th, starting at about 9:30 AM. The track will be disassembled on New Year’s Day near the Crab Basket Christmas Tree, another distinctively Dorchester holiday project that has quickly become a local tradition in its four years. 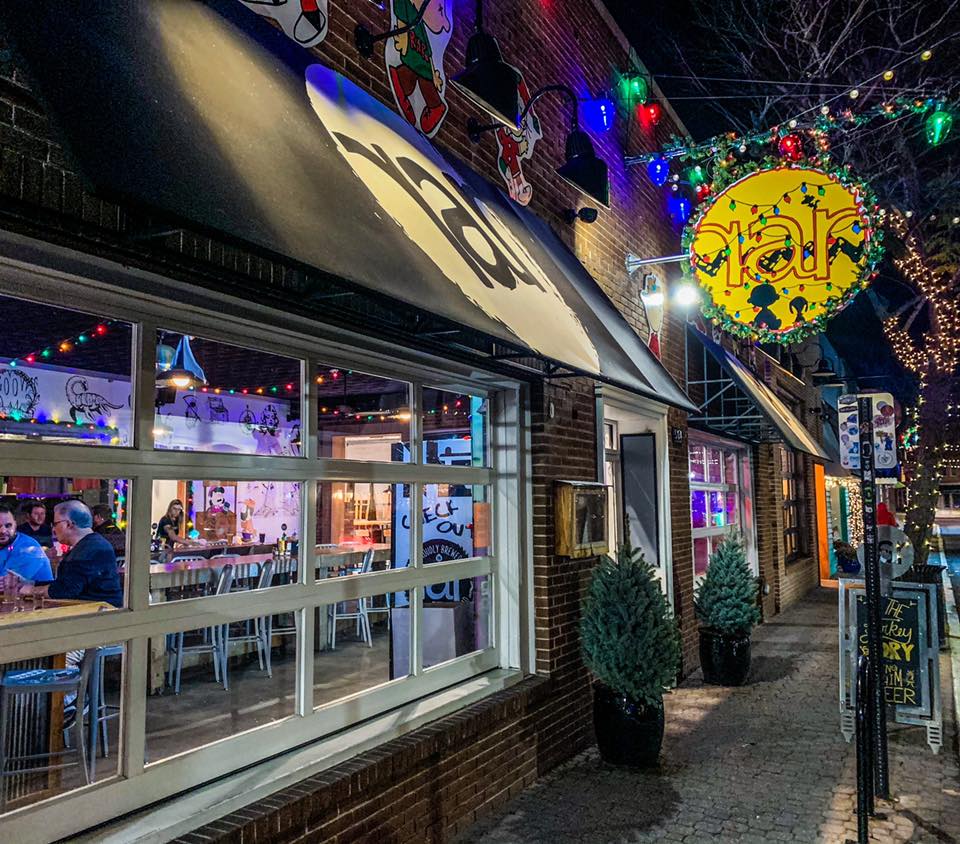 Plans are still developing but we know they’ll be open til 1am NYE/New Years Night! Stay tuned for more details to come! 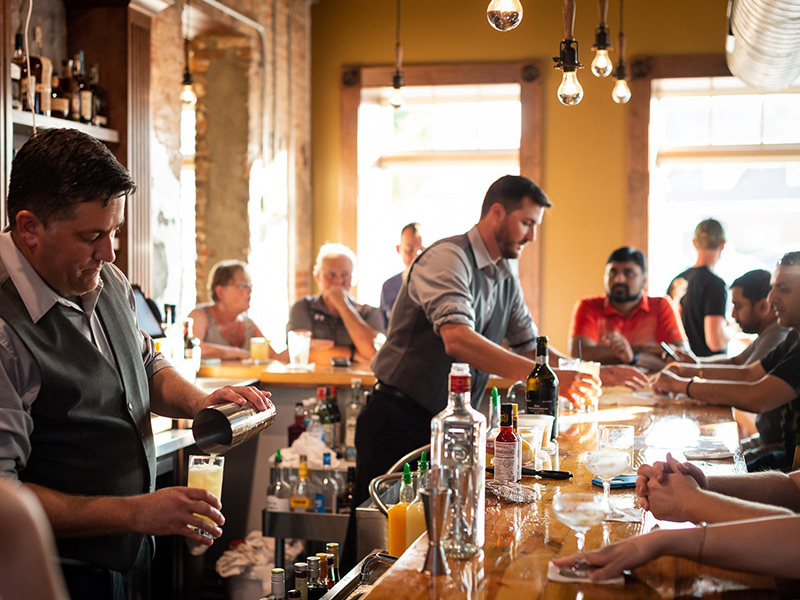 Check out the New Years Eve Party at Blue Ruin – Celebrate the New Year in style with a “Roaring 20’s” theme. Dress Up with a tux from Jack Helgeson of Buoys and Gulls Gifts and Interiors. Happening 8pm-12am. Harvey Allen Band playing plays swing, jazz and more. Enjoy Chesapeake Oyster Stew, Choptank Raw Oysters, Cheeseboard and Chocolate Boards – from Simmons Center Market, Champagne Toast at Midnight (if you come dressed up your 20’s outfit your champagne is complimentary). You will have an amazing view of the boat drop at midnight as well. Plus make sure to come out and say Happy Birthday to Paul Dendorfer!