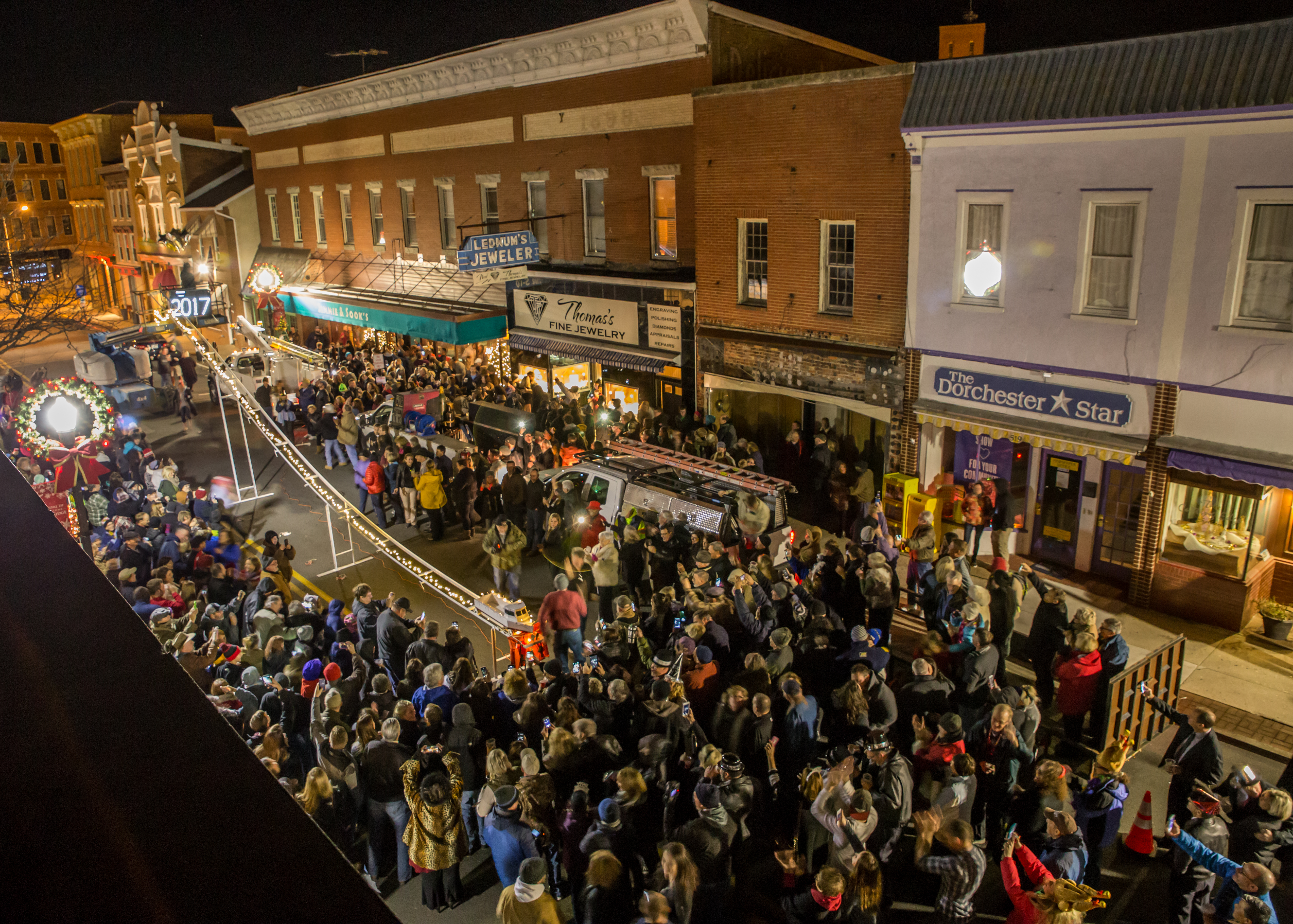 Join us in downtown Cambridge for our annual New Years Eve Boat Drop!

We won’t let COVID-19 stop us from ringing in the new year on Thursday, December 31st. But be sure to bring your mask. All attendees must wear masks outdoors if not able to social distance.

New York City has its ball drop. Easton has its crab drop. And now, in its FIFTH year, Cambridge has its own New Year’s Eve drop — featuring a workboat. The New Year’s Eve Boat Drop will feature a replica of a trot-lining deadrise — a traditional waterman’s workboat — launched down more than 60 feet of track at midnight on Dec. 31. The street will be closed from 8pm to 10pm for the celebration in the 500 block of Poplar Street in Cambridge.

The boat, named in a competition in 2016 the “Groove City Lady”, is about 4 feet long and will be traveling at about 14 miles an hour when it hits bottom. As it’s coming down it will knock crabs off the line, which will be the “trot-lining” aspect. There’s also a contest to name the boat. The boat travels on 80 feet of track, 20 feet longer than last year, which will take 10 secs or less.

“We wanted something different and relevant for the Eastern Shore, and in particular Dorchester County, and this is what we came up with,” said Cambridge native Brian Roche, who came up with the idea with Rob Kramer, a welder in Hurlock, and Scott Schilling, owner of Bay Country Communications.

The idea behind the boat drop, Roche said, is not only to encourage people to come to downtown Cambridge and patronize the local businesses on New Year’s Eve (most of the restaurants will be open late), but also to bring the community together to celebrate.

The 500 block of Poplar Street will be closed starting on New Year’s Eve. People are welcome to watch as the 60 feet of track is constructed. The 500 block of Poplar is between Gay and High Streets, near the Crab Basket Christmas Tree, another distinctively Dorchester holiday project that has quickly become a local tradition.