Muskrats, crawfish, brews and tunes create an unconventional, but tasty, event every February in downtown Cambridge.

Blues legend Jimmy Cole returns with the 911 All-Stars to the headline this year’s festival, which takes place in Cannery Way on the 400 Block of Race Street in historic Downtown Cambridge on February 24 from 1-6 p.m. “This is one of the town’s flagship events, and because there isn’t any other food event like it in the world, it always attracts a great combination of visitors as well as some of our more colorful locals,” said Brandon Hesson, the Associate Director of Economic Development for the City of Cambridge. “This is such a great opportunity for our community to get out and experience something unique.”

The Crawfish Boil and Muskrat Stew Festival will hold the 2019 Muskrat Leg Eating Competition World Championship for the second year. Last year’s champion Chuckie Hayward will defend his world title in February. Cole began his career as a teenage blue grass picker in county fairs and festivals, but honed his craft in the challenging Cellar Door hootenanny sessions, where crowd reactions offered determined the length of your set. The result, many decades later, is a tireless and inspired blues performer with the ability to dip into his bluegrass roots to keep a crowd on its toes.

“Every year, I ask around about bands, and everybody tells me the same thing – ‘bring back Jimmy,’” said event organizer Keith Graffius, “So, that’s what we’re going to do. Jimmy Cole and his amazing band will return this year.” 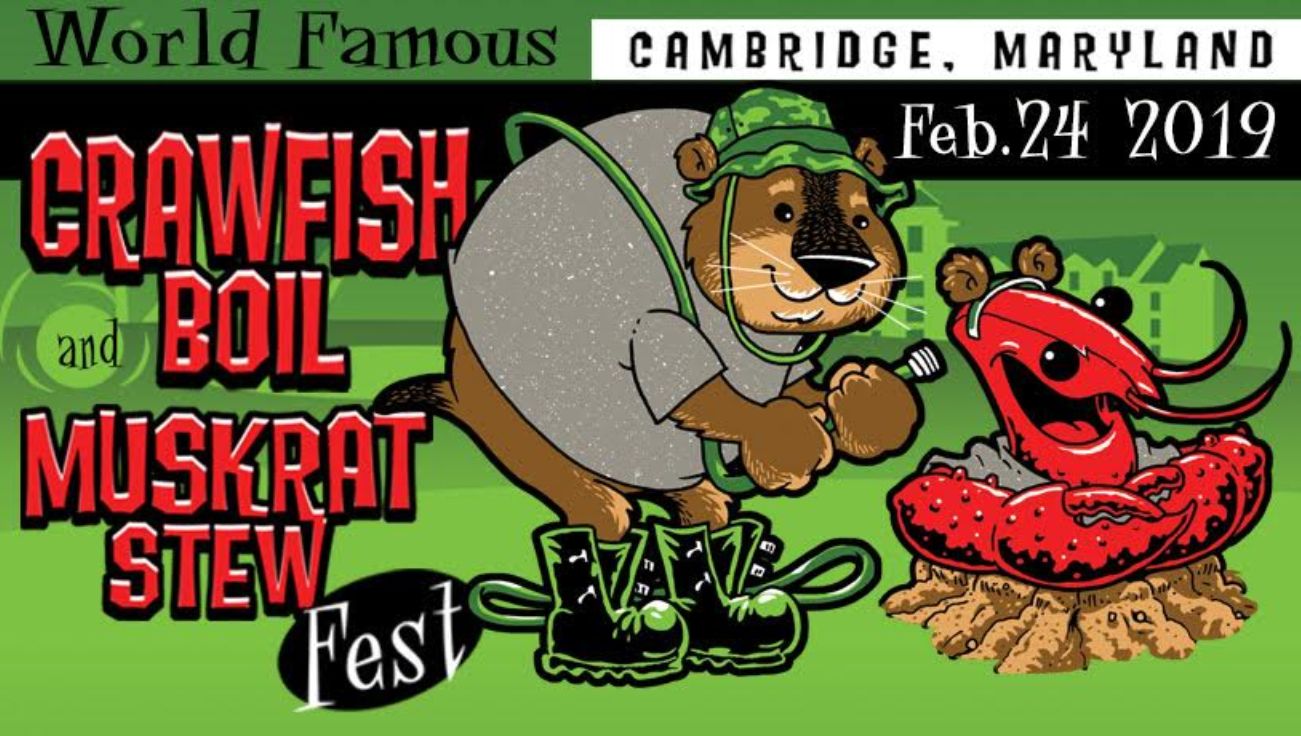