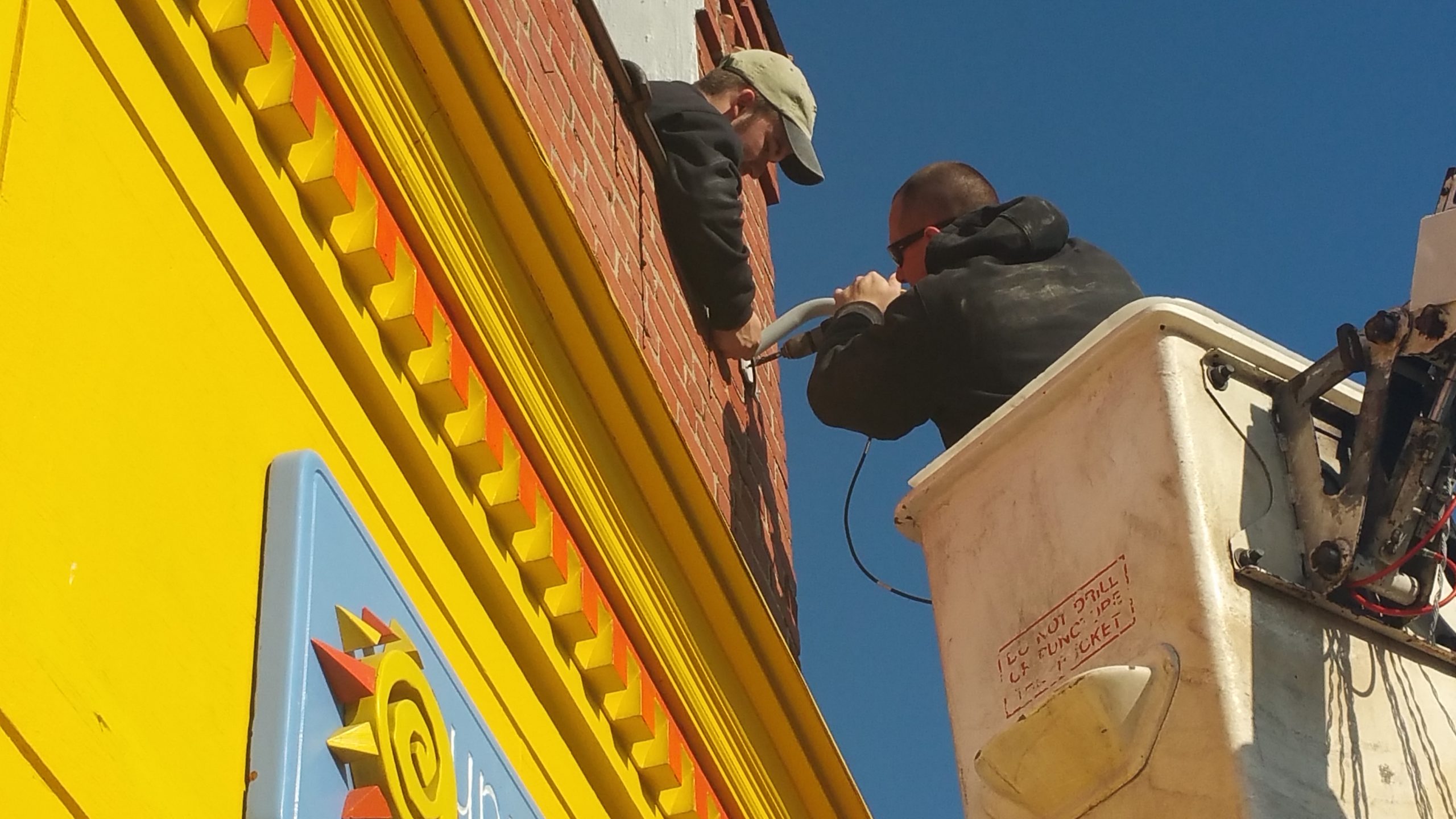 When it celebrates the opening of Spring at it’s upcoming fundraiser on April 9, Cambridge Main Street will also try to make substantial strides in advancing the security camera technology is introduced in December.

This year’s Spring Fling fundraiser will take place at the Choptank River Golf and Events Center at 6 p.m. and Cambridge Main Street will be accepting donations for the security camera program. In the past, its fund-a-need drive has purchased light poles, decorative banners and holiday wreaths.

“Those beautification efforts were an amazing result of our community’s support, but they were also pivotal to improving the security of our streets,” said Cambridge Main Street Executive Director Brandon Hesson. “People feel safe where improvements have been made. It shows that a commitment has been made by the community.”

Last year’s security camera program was instituted last December, utilizing private donations and the technical expertise of partners Bay Country Communications and Bay Country Security. After months of planning implementation, Cambridge Main Street made the decision to prove the concept in select locations after a string of high profile armed robberies near downtown.

“It was a complicated situation, because here we have a handful of crimes being commited by only a few people, and local law enforcement made arrests incredibly fast, exceeding any reasonable expectations to close those cases,” said Hesson. “They did their job. It felt irresponsible for us to be so close to implementation, and not step on the gas to make something happen.”

There are a number of determining factors that contribute to the cost per camera, but estimates are that each costs $2,500, which made the initial concept and trial so important. Interlogix Global Security, whose equipment is being used in downtown Cambridge, were crucial in the development of the program and visited multiple times to make suggestions and to inspect the finished product.

Since then, Cambridge Main Street and select downtown businesses have put the cameras through a number of trials to make sure they can work if needed.

“We’ve done all kinds of things with them, and fine tuned the process to improve clarity and accesibility,” said Hesson, pointing out that current technology makes the images available to him over his cell phone or laptop while also being recorded longterm on a digital recording device.

In one particular case, a nearby homeowner contacted Cambridge Main Street after they claimed some items had been stolen from their yard. The cameras had only been in place for a week, and it was a good test.

“Everything worked properly, but the person must’ve taken a different route,” said Hesson. “It forced us to think more about the various ways cameras can help and where they should be located.”

Cambridge Main Street hopes to expand its coverage and place cameras in select locations hidden from traffic along the main streets and sidewalks. While current cameras cover a large amount of space and offer some flexibility by being repositioned, there are places downtown that are hard to reach by camera.

Tickets to Cambridge Main Street’s Spring Fling fundraiser are $65 and can be purchased online HERE, or in physical locations at Katie Mae’s Country Shop (516 Poplar St.) or the Dorchester Chamber of Commerce (518 Poplar Street.) Tax deductible donations to the security camera fund can be made HERE.